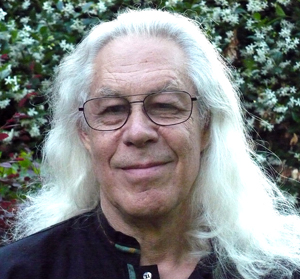 I did not grow up in a town or city with friends to play with and run around with. I was a kid on a farm whose nearest neighbors lived half a mile away. Not that I had much to do with the neighbors. So it was my mother and father, sister and brother, cousins, aunts, uncles, and grandparents. A pretty ordinary life.

I thought I was an all right kid in school. Recently, I read my grade school report cards and found out differently.

A Brief Grade School Biography Written by my Teachers 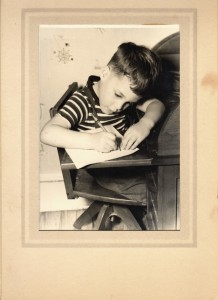 “Gerald talks a little rude (sic) to me,” Mrs. Stewart wrote. (Gerald is the  name on my birth certificate. I was called Jerry, becoming Jerred in 1973.) Her final comment on my fourth grade report card was, “His social habits still need attention, as they disturb others.” How children behave well for a whole school day eludes me. I can’t see how they do it.

No progress the next year. Miss Mc Cawley’s final comment: “Jerry is a good student, but he refused to obey school rules and his conduct was most unbecoming for a good ‘upbringing’ which I know he has. I have come to the conclusion that it is just a period he is going through.” All the while I got good grades. Smart and not well suited to sitting in a school desk quietly day after day.

Skip sixth grade where I behaved well, to seventh. Mrs. Thelma Clayton. In private, the class called her “Bulldog”. She was low to the ground, broad, and her jowls shook when she was mad, which was much of the time. Hard cases went to her class. Her final observations: “Jerry is just beginning to realize why he is in school. I hope he starts out with a good attitude and does the good work of which he is capable.”

That must have happened. Mrs. Donahay wrote one note for the year: “It has been a real pleasure to have Gerald in our class this year.” I’m not sure how that happened.

I don’t know if it was my nature and I sought these influences, or if what I ran across attracted me, but by the time I was sixteen I was already interested in ideas new to the times, new ways of looking at things. At Freehold Regional High School I met some town sophisticates who knew something of the world.

About 1958 the thought of being a writer came alive for me. It was my good luck that I had to take a day off from school each month to go to Columbia Presbyterian Hospital in New York for treatment of a skin problem. By the time my treatment was over it was too late to go to school. There was no reason for me to rush home. I had a medical excuse—my ticket out. So I spent the rest of the day and evening in the city.

I spent the day visiting museums, browsing bookstores and art galleries, eating in restaurants. I discovered the WOR radio master storyteller, Jean Shepherd, listened to him late at night often five nights a week.  Many of the places I visited sponsored his radio program–a Chinese restaurant, Paperback Books in Greenwich Village and Discophile in midtown.  I heard storytelling in action, learned a lot from “Shep”.

I was a fan of Mad Magazine and Paul Krassner’s The Realist, “a pioneering magazine of ‘social-political-religious criticism and satire,’ “a milestone in the American underground or countercultural press.” Wikipedia. I once went to William Gaines’ Mad office, and Paul Krassner’s office—icons. I didn’t have much to say and neither did they.

In 1959 I heard a friend recite Alan Ginsberg’s Howl–a different kind of poetry from what I had ever read. While these influences did not make me a writer, they made me want to be one. I read a lot. I emulated a couple of English teachers—Rodney Sheransky and Robert Hussey. Howl inspired my first published poem in the then-famous Contact, edited by William Carlos Williams. Did the great poet read my poem? I doubt it, but who knows?

I aspired to write, but had not much in the way of inspiration. The itch to write was in me, but no go yet. No good poems for several years, and no prose for decades.

By now, Mrs. Clayton would have known that I had learned what school was for. At the University of Rhode Island I scoured the literary journals the University subscribed to, reading current poetry. Notes Found in a Bottle on the Beach at Carmel by Evan Connell knocked me out. Also in Contact. I loved being an English major. In those days, and at least to my mind, a liberal education was a good idea. In my case, it proved to be true.  I went to poetry readings and heard poetic lights of the day–Howard Nemerov, May Swenson, Galway Kinnell, James Dickie, Richard Wilbur, William Stafford, and others. Later, at the University of Minnesota poets Alan Tate and John Berrymen were on the faculty. I heard Robert Bly, James Wright, Diane Wikowski, and many others read. I was in the world of delights.

Along the way through Bachelor’s and Masters degrees at the University of Rhode Island in literature and a doctorate from the University of Minnesota (1967 – 72) I studied the canon of British and American literature from Beowulf to Virginia Woolf, (thanks to Robert Manson Myers), the curriculum of that time. My doctoral dissertation analyzed a motif or idea in William Butler Yeats’ poetry. My first chapbooks, Speak Like Rain and Angels in the House, bears much of his influence. He is a major character in my novel, The Angels of Mons. By this time I would have surpassed Mrs. Clayton’s wildest expectations for me.

The more I read and studied, the more I loved and appreciated literature. This is true for me to this day.

From 1973 through 1977 I taught at Webster College in St. Louis. Poems in literary journals, five chapbooks of poetry, and readings followed. I was poetry editor for the international literary journal Webster Review for fifteen years (1973 – 1986). By now, poor Mrs. Clayton, may her soul rest in Heaven, would have been perplexed if not astonished at what her education had wrought. I was a professor!

In 1977 I left teaching. Still, part of my life was in literature, writing. More poems in literary journals and chapbooks. I was hired to teach creative writing at two homes for the aged. That is not what happened. Instead, two and a half years of weekly visits with nine “elders” led to Drinking the Dipper Dry: Nine Plain-Spoken Lives (1981, Singing Wind Press.) My first book of prose.

At Webster I had taught an American Studies class, “The Bum and the American Dream.” A student performed a 7:23 minute-long “Ballad of Earl Durand” (Charlie Brown, Broadside Records, track 418)–lyrics, chorus, and narrative between stanzas. I hoped that some day I would find a way to write the story. As interesting as the song was, the only fact that was right was Durand’s name. My wife and I took our honeymoon to Cody in 1978 where I conducted the first of fifteen interviews which I did over the next three years. After everyone involved had died The Last Eleven Days of Earl Durand appeared.

Since then I have finished the novel The Angels of Mons.

Next project: a comic novel about Gracie Allen’s run for the presidency in 1940.

Jerred grew up in Freehold, New Jersey. He went to the University of Rhode Island, receiving Bachelor’s and Master’s degrees in English, and the University of Minnesota, earning a doctorate in literature. He taught at these institutions, then at Webster College in St. Louis. In 1977 he became the Deputy Director of the Department of Human Services, St. Louis, Missouri. To support his wife’s career, the family moved to Pittsburgh, then Columbia, South Carolina. Having passed through several careers, he is teaching writing again at Strayer University in Columbia, South Carolina.