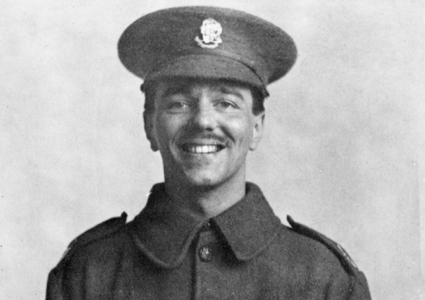 In writing my upcoming book, St. George and the Angels of Mons I’ve read some great military histories of the opening days of World War I. Tony Bird’s Gentlemen, We will Stand and Fight is one of the best. In the First World War’s opening days British success at Mons, Belgium and two days later at Le Cateau, France were vitally important.  Tony Bird’s  book details the day’s battle at the battle of Le Cateau. I highly recommend it.

At Mons (23 August, 1914)–the first battle between the British and Germans in World War I–the British were heavily outnumbered. At Le Cateau (26 August) the British were even more greatly disadvantaged. If the fighting have gone badly at Mons or at Le Cateau nothing of consequence would then stand between the German Army and Paris. In military history, the two battles, and the separation of BEF’s I and II Corps at the Foret de Mormal were strategically of great importance. Mr. Bird’s book gives a detailed account of the fighting at Le Cateau.
In my novel, St. George and the Angels of Mons, angels join the fight at Mon, the Forest of Mormal, and  at Le Cateau. The novel will be published in May.